Well it has certainly been a long time coming, but we hope the wait has been worth it!.  We are very excited about the new website and hope you as our members find it a great source of information and entertainment.  Be sure to mark it as a favorite and come back often.  Check the calendar (can you make a hyperlink of the word calendar to go to the calendar?) to see what events are coming up from Sports and Recreation Events to Board Meetings and other activities.   Find a local organization doing something that sounds like fun and give them a ring to schedule an activity or two.  Or, find an organization far away that is doing something that sounds like fun and give them a ring and consider using your Sports & Recreation Grant to help with your travel expenses to go participate with them.

The simple fact is this website is just one of the many ways to try and take advantage of the many things we in the California Chapter are trying to help support you are members.  If you have any questions, give me a call or stop in and say “Hi” in person the next time you are in the Hospital.  I personally look forward to meeting each and every one of you as we try to put a smile on your face.

The California Chapter has always provided financial assistance to members to get out and explore Recreational Therapy opportunities.  Whether helping members to attend one of the VA’s annual programs such as the National Veteran’s Wheelchair Games (NVWG) or the National Disabled Veteran’s Winter Sports Clinic (NDVWSC) etc, or something more in tune with an individuals passion such as a Table Tennis Tournament in Texas or SCUBA diving in the Florida Keys.  We also provided for recreational activities such as tickets for professional sports, concert, and movies or theater as well.

The Chapter has been doing this for years.  Unfortunately, many members were not aware of this form of financial assistance.

Hopefully we are more open with our new policy.  Our goal is to get members our doing things that may have never taken advantage of the hundreds of opportunities available to them due to financial constraint.

Our goal is simple… We want to put a smile on your face.

What puts a smile on your face?  And how can we help you do that? Do you want to go Sky Diving or Race Car Driving? We can help, and have already sent members to do those things.  Something slower like Sailing, fishing, computing, or Tai Chi?  We got you covered! Traditional sports? Basketball, skiing, rugby, powerchair soccer, sled hockey…. The list goes on.  Let us know what your passion is and we will help find an organization to get you involved with it.  Just last month a member mentioned how much he missed playing hockey. Within 72 hours of his mentioning it to the chapter, the chapter reached out to the LA Kings Sled Hockey team and the Coach was on the phone with the member scheduling him for his first visit and practice.  We can’t promise every conversation will have that fast of a response.  But it sure would be nice if we could!

Maybe you want to go see a play, or a movie, or a sports game and see how accessible the venue is.  Let us know and you can use your grant to do that as well.

Simply put, as a chapter member, you are eligible for up to $2000/year in possible recreational grants.  All we ask is that you fill out a simple form in advance and submit it 45 days in advance, and submit your receipts within 30 days of attending the event.  Then be active in the chapter: Take some pictures and share them with us so we can show the rest of the chapter what fun things our members are doing with their grants.  Stop in the office and say “Hi.”  Not sure what game or show you want to see 2 months from now?  Who does?  Simply submit a request to go to “A Pro Game” or “a Concert”  on the form then do your planning later

Not sure if your passion qualifies for a grant?  Give us a call and lets find out together!  We want you out and enjoying life to the fullest.

Hello everyone, I am Jose Reynoso your newly appointed Vice President for the Paralyzed Veterans of America California Chapter in Long Beach. In this short article I want to pass information over to you all about the exoskeleton robotic legs. Not only does it sound pretty awesome but for those who qualify it also allows you to do the impossible which is to stand up and walk with this assisted device. There are certain restrictions to be eligible to participate in this device as it is for everything else available for us, I’ll include the personnel contacts in charge of this research program at the end of this article so anyone interested can get a hold of them.

This device, the exoskeletal robotic legs was able to grant me the impossible which I thought would never happen again. That experience was to stand tall and see the world differently again, as my former self did, standing up and walking. It was a little challenging at first getting the rhythm of how to use the device, concentrating on not stalling the machine and having it stop on you mid step but that’s part of the experience trial by error. Being able to stand up to my actual height and seeing how everything looks as it did really feel incredible and not only did it felt incredible but I was also able to stand next to my family and seeing how short they really are.

The exo suit gave me and my family a lot of good memories and beautiful moments that will forever cherish. I was able to walk basically almost anywhere I wanted to go, take a stroll at the park, go to the movies, go out to eat dinner anywhere you’d want to go that the device will allow you to go if the terrain permits. Not only does it consist of you walking again, but it also provides a really good workout as if it’s a gym of its own. You’re constantly having to keep yourself balanced so it makes you exercise not only your body but your mind as well. Having to focus on how you step, and where to step, how to move a certain way, and to turn a certain a certain way. Its incredible what this device allows you to do and that sense of freedom that it brings upon you as if you have lost nothing. I would highly recommend this device to everyone since it keeps you active and brings back a portion, we all have lost and have longed for since day 1 and builds beautiful memories you’ll never forget.   I thank you for taking the time in reading this article, and also here is the research team you can get a hold of to get all the information you need and the restrictions for the device and what is required to participate in them.

Darryl Lair had a Great Time at the 2019 NVWG’s. Here are his recollections from the experience.

I competed in six games.

1. Wheelchair Basketball – my team name was the Iron Liege “57”, we won two games and played our third for the bronze medal, we were ahead by 8 points to half time. But our shot did not fall in the second half and we lost by 6 points, that was a tough lost. But we had fun.

2. Archery – I played golf that day and we got back a hour late and could not compete.

4. Air Rifle – the Air Rifle competition was tough, those veterans could shoot accurate.

6. Track & Field Javelin – Was Fun also, I didn’t through the Javelin very far.

The convention center here most indoor events was only two blocks away and downtown Louisville. The opening ceremony was awesome, there were over sex hundreds wheelchair veterans there ready to compete. Lots of restaurants close by. Got a chance to eat at White Castle Burger and Spaghetti Factory. My wife Rachel who is my personal care assistance (pca) had a great time in Louisville also.

From our hotel room we could see the Belle of Louisville River Boat on the Ohio River. We was a couple blocks from the Muhammad Ali Center and the Louisville Slugger Baseball Bat Company. Really enjoyed ourselves at the 39th NVWG’s. Next year’s 2020 40th NVWG’s will be in Portland, Oregon.

Thank you PVA California Chatper for sponsoring me so as I was able to compete with Team Long Beach in Louisville Kentucky at the national veterans wheelchair games.

I’ve been to many wheelchair games in the past and I think this was the best one.! It was very well organized, Logistics was great, the hotel room was nice, the weather was good , the people were super friendly the food was amazing and most of all… the competition and camaraderie  is unparalleled.

I was also able to participate in something new this year. I was chosen as one of the mentors for kids day. I work with children with disabilities here in California pretty frequently and very much enjoy it. Kids day was such an inspiration as these children have big hearts and glowing spirits!

Rebecca and Ina from LBVA RT were there as coaches and helped out when necessary. I saw them frequently throughout the week at my events and other events.

Again, thank you for your sponsorship as this was a fantastic week and very beneficial to people with SCI and other disabling conditions.

We are pleased to announce the hiring of California Chapter’s first executive director which is a big step for this 72-year old chapter and its nearly 601 members. Dick graduated from the United States Air Force Academy in 1992, earned his MBA from the University of Alaska in 2000 and received his graduate certificate in Non Profit Management from Regis University in 2013.

Dick has a reputation as a high-energy leader with a background that demonstrates 30+ years of senior financial management experience within the federal government.  Since leaving the Air Force, Dick has acquired vast experience with multiple forms of fundraising, managing programs & services, and has a personal passion for working with Veterans. Prior to accepting the executive director’s position with California Chapter, Dick resided in Denver, Colorado with his wife and son where he volunteered as an adaptive ski instructor at the VA’s National Disable Veterans Ski Clinic for more than a decade.

Please stop by the chapter’s office and welcome Dick to our great organization! 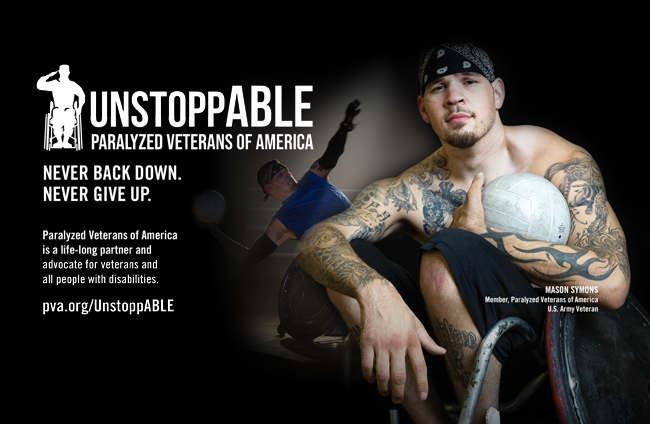 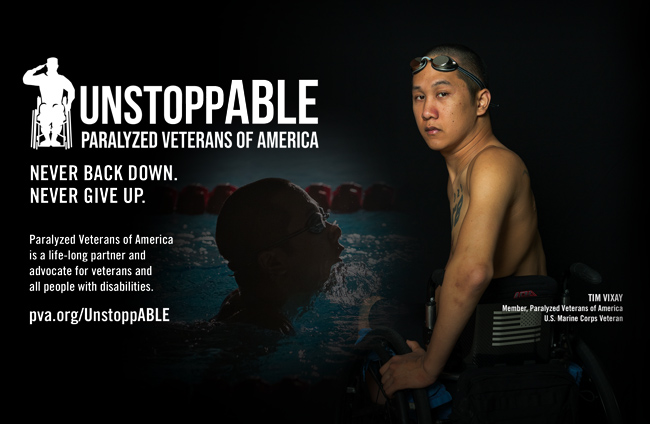