The Paralyzed Veterans of America California Chapter has a long and historic legacy dating back to before the existence of the National Organization that is known today.

In 1945 the US Army opened a Paraplegic Center at Birmingham General Army Hospital. The Center used the work of Doctor Ernest Bors (1900–1990) who was one of the foremost expert on neurourology in traumatic spinal cord injury. Dr. Bors had developed a holistic multidisciplinary approach for treating spinal cord injury, that is still used in care centers today.  Military doctors from around the world visited Birmingham General Hospital to learn about this new traumatic spinal cord center. 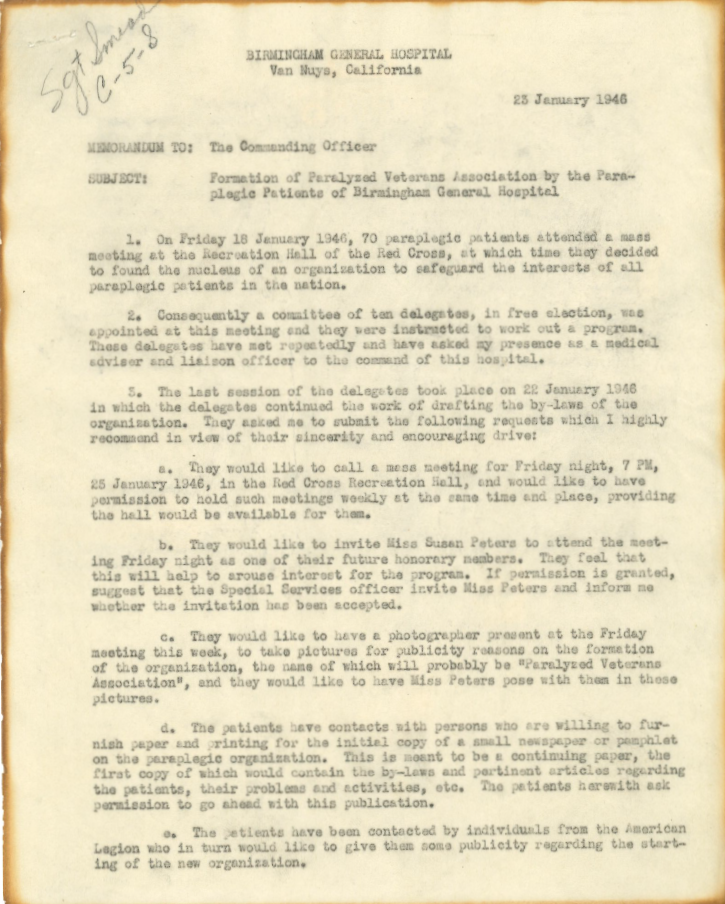 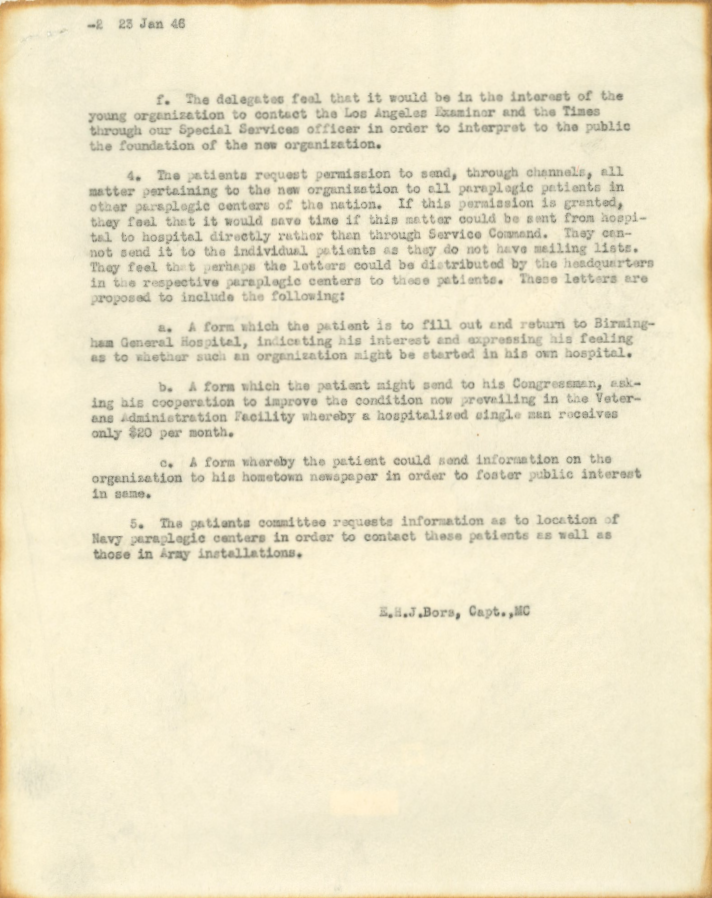 Letter from Dr. Bors to the Commanding Officer of Birmingham General Army Hospital requesting permission on behalf of his patients to form a Paralyzed Veterans Association

Desi Arnaz was stationed at Birmingham General Hospital during the war to entertain the troops there with the United Service Organizations (USO). Arnaz had a bad knee and so was transferred to the US Army Medical Corps. Arnaz also coordinated with the stars that visited the Hospital. Arnaz was discharged on November 16, 1945

The VA Hospital closed in 1950, the Vets at Birmingham were moved to the Veterans Administration Long Beach Hospital along with the chapter administrative offices where they still exist today.

Today, The Spinal Cord Unit at the Tibor Rubin VA Medical Center bears bears the name of Dr Bors in recognition of all the work he has done for the Veteran Spinal Cord community.

The California Chapter Administrative Offices are located on the second floor of this center.